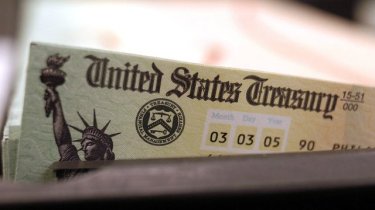 What I find hypocritical is that many politicians talk about “Fair Share”. Those in states that have high state taxes seem to be complaining the most. The Tax Reform in 2017 only capped the deduction of State Taxes at $10,000. Personally, I feel it should have been eliminated. Those that get a deduction on their Federal Taxes for what they paid in State Taxes is really what is not fair. Federal Refunds come from the Federal money which is made up of funds from every tax paying citizen throughout the country. Individuals that live in states with high state taxes choose to live and elect politicians that keep taxes high. For those of us in other states I don’t feel it is fair that my Federal Tax Dollars are given back to reduce their high state taxes. Either move to a different state or elect politicians that reduce your state taxes. I think about the millions of Federal dollars that are refunded for State Tax Deductions because of Just CA and NY and a handful of other states.  It seems those that complain don’t really want “fair share” they want the rest of us to pay for their choices. If we really want a Fair Tax system… we need to look at a simple “Flat Tax” …eliminate all deductions and everyone pay the same percent.  If you make more, you pay more, but everyone is treated the same. The answer is not increasing Taxes Rates on those that already pay more than others, it is simplifying the Tax system so everyone is treated equally.