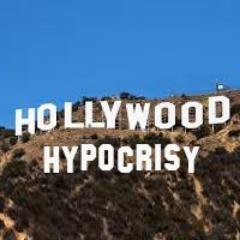 The “Hypocrisy” Awards (a.k.a., The Oscars) will be broadcast on Sunday. We will again get to see the height of Hypocrisy as talented men and women will make statements about moral superiority, political division, social and economic inequality, along with preaching about the climate. They will begin by arriving in lines of gas-powered limousines (not electric and certainly not by carpooling). They will be recognized for a performance while not mentioning their history of work that includes movies that glorify gun violence, adultery, pre-marital sex, wars, and in some cases more disgusting and disturbing actions. They will stay silent about the years of “pretending to not know” about the likes of a Harvey Weinstein and others that have engaged in the “casting couch” mentality that has engulfed Hollywood since its inception, but for many it was easier to not say anything if it didn’t affect them personally for fear of not getting that next big role or not being invited to the “party” of those with influence. They will talk about “income inequality” while making millions of dollars yet most of the cast and crew of their productions just make a living and probably don’t own mansions or thousands in clothes, jewelry and toys. We will hear comments from those who criticize others while not only promoting immortality with their movies but also through their own lives and personal actions. The majority in attendance will be quick to squirm in their seats if they are called out for their hypocrisy but feel perfectly justifiable to criticize and joke about those who think differently. The saddest part of the whole evening will be the loudest voices, the ones with the most camera time, the most opportunity to influence the public, and the most recognizable names, will use their time to show off their huge ego instead of humility, kindness, and respect for everyone, not just those who agree with them. And the Oscar goes to …. 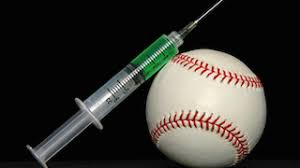 Every time a new baseball controversy comes up, the argument about reinstating Pete Rose resurfaces. The Astros’ sign stealing is no different. The reason for this is simple. Pete Rose broke a rule and is banned for life. Others broke rules before him and certainly after, and still do today, but are eligible to play and enter the Hall of Fame. Each new event shows why there is No Valid reason why his ban should not be lifted, and eligibility reinstated. Even more important, he should be allowed to be a part of the game. We need players to be like Pete, we need coaches to encourage players to be like Pete, and we need young kids to learn the game the way Pete played. If there was a “test” for gambling Pete Rose would have failed it, would have been suspended and probably back on the field after 40 games running out an infield hit or diving headfirst into second for a double. Yes, many argue it would be nice to end the hypocrisy and let this baseball legend have his due while he is still alive, but it is also about people like me, now in my 50’s, who grew up learning to love the game of baseball because of players like Pete Rose. To this day I will watch, listen, check the scores etc. of any game I can. Some of the greatest memories of being a dad was watching my son put on his little league uniform and enjoy the game. Rose bet for his team to win, he was wrong, that was and still is a rule. He lied. That was wrong. However, he never bet against his team. There is No asterisk next to any of his records or accomplishments. He never was artificially stronger, faster, or used any other illegal advantage to help his team win or pad his stats. He hustled, he practiced, and he worked hard. On the field, Pete Rose was what baseball should be and selfishly I would like to see those that made me love the game be honored and leave the legacy so others can learn how to play the game the way it was meant to be played.